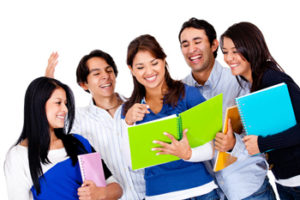 Would you like to live and work in Germany, a member state of the European Union?

Similar to the Green Card in the USA, the EU blue card offers highly educated skilled workers of non- EU- States the opportunity and the right to work and stay in the European Union.
Register in our network, find a job and apply for the EU blue card for Germany or another state in the EU.

The EU blue card for Germany is a residence title for specific purposes; it provides an evidence for the legal stay of a citizen from a non-EU-country in an EU- member state for the purpose of working. So the blue card is a card for citizens from non-EU-states. For members of EU- states generosity is valid concerning their stay. The EU- regulations concerning the blue card will be valid in Germany as a part of the German law from the 1st August 2012, through the law for reaction of the high- qualification –outline of the European Union. In particular, the stay law was modified. The core regulation of the stay law is addressed by the EU blue card. The most important paragraph is section 19a of the German Residence Act – EU Blue Card.

Conversion of the highly qualified directive of the European Union

Conversion of the highly qualified directive of the European Union is the basis of the EU Blue Card; namely, the directive can be found in 2009 / 50 /EG. The blue card grants a stay in the EU to highly qualified non-EU-state members. This should help to combat the shortage of skilled workers. The rules for the administration of the single EU states are outside of the rules of action of the EU. These rules do not control the immigration of citizens from non EU- states, who are staying in the EU to research projects, who enter the EU because of family unification for migrants living in Germany or who cannot be deported. Owners of the EU blue card will get the same salary as citizens of the EU who do in the same job. The equalisation concerning the rights for education or welfare is not yet a law but shall be practiced that way. The EU blue card is limited. The duration of this limit is one to four years. The format in the EU is the same in all member states and belongs to the legal order (EG) 1030/2002.

The following section provides answers to the most important questions concerning the EU blue card.

Who can apply for the EU blue card?

A foreigner, a citizen of a non-EU- country, can apply for the EU blue card if
a) he or she has a German or an accredited foreign or a university degree that is comparable to a German one.
b) he or she has a working contract with a gross annual compensation of at least €55.200 (2020), a contract in the so-called shortage occupation (scientists, mathematics, engineers, doctors and IT- skilled workers) with the amount of €43.056 (2020).

Does a foreigner need to apply for the EU blue card before he enters the country?

Yes. The journey into Germany complies with the general entry rules. Therefore, a citizen of a non-EU-country needs to apply for the EU blue card before his entry into Germany. The German representation embassy abroad is responsible in each case.

How long is the blue card valid for?

It can be extended or establishment permission can be given.

When can the owner of a blue card qualify for a permanent right of residence?

Foreigners who own the EU blue card can apply for permanent residence after 33 months. If they have German language knowledge at level B1 then they can apply earlier after 21 months (19a, passage 6, law of residence).

Can the EU card become invalid if a person stays in a non-EU country for a longer time?

Owners of the EU blue card can stay out of the EU for up to 12 months without losing the right of staying in Germany or the EU.

Can owners of the EU blue card move to another EU country?

Owners of the EU blue card have the right, after having stayed in Germany for 18 months, to move to another country of the EU.

Will the duration of stay in another state of the EU be considered concerning the permanent right of residence?

If the foreigner has already stayed in another EU-member state with the EU blue card, this will be considered concerning the permanent right of residence in Germany.

Is it necessary to carry out a visa procedure to move around in the EU?

If the foreigner wants to move on in the EU, he / she can be sure that in almost all EU member states a visa is not necessary. The application can be made at home. In Germany the application must be made within one month after entering Germany.

Is a priority check carried out? Are members of the German job market treated better?

Check of priority means that a check will be done to see whether German employees are potential candidates for the job. Such a check is done within the salary borders. But there will be a check of the working conditions. If a salary of at least € 43.056 (2020) will be paid there will be a priority check for non- shortage occupations, so the EU blue card can be given.

Can relatives of the EU blue card owners work without limits in Germany?

Relatives of the owners of the EU blue card can work without delay and without limits in Germany.

Do spouses need to have proof of German language knowledge?

For more information about the topic immigration to Germany have a look at this site: immigration to germany. There you can read in detail which visa is necessary for entering Germany, you can inform yourself about the different kinds of residence permit and about the subsequent family immigration.